The wonders of the cup final 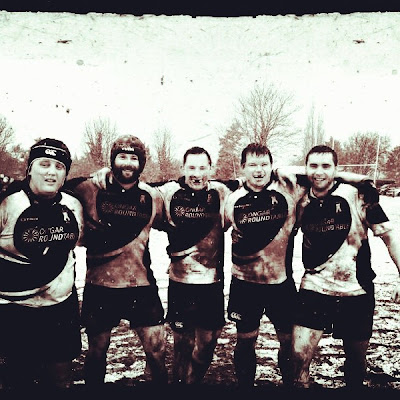 A feeling of euphoria overcomes you; you start to cheer and jump up and down and are overwhelmed with emotion.

That is the jubilation you feel when you win a semi-final.

This is exactly what I along with my team mates were feeling when one very snowy and incredibly cold Saturday.
The mighty Ongar rugby club, my beloved team ran out onto the pitch as the snow fell. The lines became hidden and had to be swept clear and the biting cold numbed fingers and made toes scream for warmth.

Playing in a semi-final is a highly charged affair but watching as spectators huddle together against the cold and shiver makes it feel extra special. The fact that they have not retreated into the warmth and comfort of the club house shows just how much this game means to them.

We ran out winning 14-0 against a spirited Runwell Wyverns team to reach the final of the Essex Merit table division 5 cup. Not the most prestigious of trophies but for us it has the same feel as appearing at Twickenham for England.

The final will be on the 6th April and I have had to move heaven and Earth to try and get ot off work. After phone calls, texts and basically begging I have managed to get someone to come in and cover at the fire station for me for a few hours. So it looks like I will be playing the second half. I do hope it all goes well as I scored in the semi-final and my try tally for the season stands at an all-time high for me ay 17 (16 for Ongar 1 for the Fire service team).

The worst feeling in the world would be sitting at work knowing that the game is going ahead without me.
The league in all their wisdom changed the kick off time on Tuesday night and then to add insult to injury said that the game would be two 30 minute halve. Obviously they have over filled the pitches capacity as there are 16 matches happening that day. The words well done and good organisation come out of my mouth very sarcastically.

The most important thing for me will be to play in the final.

It will mean the world to me and to win would cap an incredible season for Ongar who finished second in the league.

Posted by Unknown at 09:47
Email ThisBlogThis!Share to TwitterShare to FacebookShare to Pinterest