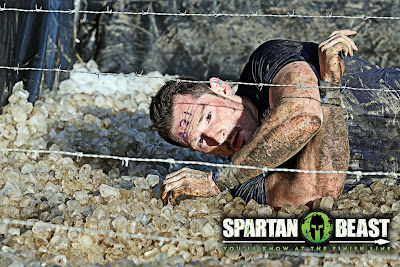 Sport has always been a massive part of my life. Sometimes it can become an obsessive compulsion where it dominates my working week where I plan my time around sport, gym, fitness, going running and such the like.
I have always liked to do races and way back in 2003 ran the London Marathon for charity. The moment after that race when I stopped running my legs burnt like they were on fire. No matter how much I trained my body hated marathons. Half marathons on the other hand are brilliant and I am fine the next day and not going down the stairs on my arse.

So anything similar or under the distance of a half marathon and I am up for it.
Then I discovered the wonderful runs that combine skill, agility, strength and speed.
Adventure runs had entered my life; since then I have travelled around Britain hoovering them up.
I remember that very first run one cold November morning where I splashed through streams, climbed hills and hurdled hay bales; since that day I have looked for the bigger and better runs.
One of the first large scale and mass marketed adventure runs I did was the Men's Health Survival of the Fittest .
When I first did one of these back in 2009 the closest one to me was in Nottingham so along with my mate JP we drove up and ran the ten k through mud, freezing rivers and even the City Ground.

I loved the obstacles, the randomness of it and the excitement. Not only was it a race and a run but you really could push yourself over obstacles and go for it.

Men's Health really knew how to organise an event. They had goody bags, superb obstacles which were individually sponsored and endless ideas and enthusiasm. To top that off they organised it with zeal where groups with colored wristbands set off at different times to avoid congestion.

The next time I did that race was in 2011 during the rugby world cup. I remember vividly watching as England crashed out and swore loudly at the TV.
Luckily I could drown my sorrows in the River Trent as we waded through and then attempted monkey bars with frozen fingers.

As soon as I paid up to do this run they opened one in London. Therefore I think Nottingham has run its course for me and the next time I frequent a survival of the fittest I will be closer to home.

Talking of closer to home recently one has popped up only a couple of miles from my front door.

The Lactic Rush and Fallout by Essex Adventure races is situated in the land by the 'Secret Nuclear Bunker' in Kelvedon Hatch. So secret that giant brown signs. 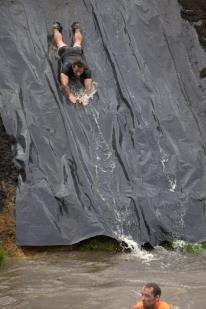 The best thing about the Bunker is the sign pointing to it and stating that it is 'secret'. That never fails to make me smile when I drive past.


The Lactic races are great fun, run on a budget but they make the most of their surroundings.Muddy, cold, slimey and using natural obstacles to their advantage.

One Sunday morning I was due to run the Lactic Fallout which is their winter race. I left work at 9am and picked up my friend Sam. Then as we arrived at the car park it started and I had to play catch up. I came 37th in the end and wish I had pushed myself further and finished higher up the field.


Muddy Races, The Whole Hog, Tough Mudder, Rat Races the list goes on and on. There are so many events popping up around the country. Some on a large scale and others smaller, more quaint. All though can be hard, tough and exhilarating.

On the larger scale of the spectrum is the American company Spartan Races. These large scale runs from 3 miles up to marathon distance are utterly brilliant. Thousands take part and they host them in the best locations.
Last year I did the 12 mile Spartan Beast which was at Brands Hatch race circuit  You ran around the track following a truck belching out smoke and then disappeared into the woods only to emerge later on cut to ribbons by the brambles. You climbed under barbed wire and navigated slippery poles, climbed trees and ran with ammunition boxes full of sand. Every turn there was a new obstacle and to finish this race was a great achievement.

Not only are they a superb day out but this race gives you the best looking finishers medal of them all. 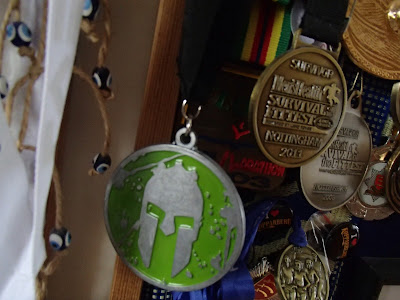 I am due to run the Spartan Sprint in Cambridge soon and recently did the Brentwood Half Marathon. We are coming into adventure run season where the weather gets a little warmer and I cannot wait. It is the best cure for when the rugby season finishes. You get to keep fit, have fun and get covered in filth. Juts like rugby really.

I advise anyone to take part in one. Run as a group and encourage each other on, there is no better feeling.

Bring on the next one! 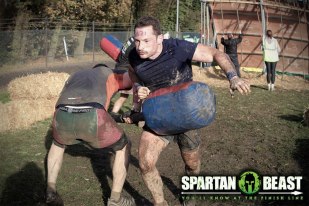 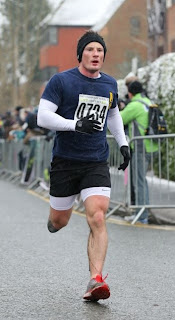 Posted by Unknown at 03:25
Email ThisBlogThis!Share to TwitterShare to FacebookShare to Pinterest