Syria in a more peaceful time 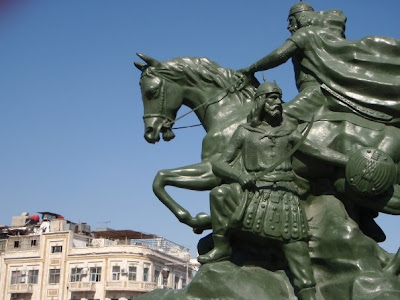 Every so often a country reaches out and grabs you. It throws down your throat so much wonderment and beauty that your guts try and readjust to this new exotic taste.

The culture grabs you by the scruff of your neck and drags you around showing you many sights that blow your mind and have you longing to stay and re visit. Dreams fill your head as you sleep and you retrace steps made in places so marvellous that it feels real.

I had the pleasure to visit such a place that every so often in my sleep I travel back there and see those magnificent sights once again.

Sadly my dreams are the only way I can revisit this one place that etched itself into my heart.
This country is now a place of turmoil, war, disaster and terrible crisis. I am talking about none other than Syria.

2008 was the year that I entered that wondrous country and met the hospitable and friendly people. A charming country where shop keepers were smiling, souq and bazaar stall holders were true and funny and the cities were breathtakingly beautiful. 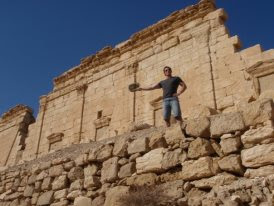 Damascus, Aleppo, Hama and Palmyra were and are cities of such historical value and splendour that I will never forget arriving in them.

Looking at the news now I feel pains in my heart as I see the thousands of displaced people surge into Jordan and crowd into cramped and under resourced makeshift camps. People who had families, businesses, communities and homes are now refugees. A word that many would find hard to swallow.

Syria has long had a turbulent history as showcased expertly by Dan Snow in his recent BBC documentary This world, A history of Syria.

Syria gained independence from bloodshed and fire. They became a nation from under French rule after the First World War and years of Ottoman rule. The Syrians fought the French and finally in 1946 after a long drawn out period which included the Second World War Syria became independent.

When I visited I travelled round the country and visited the famous sites.

Damascus was a true highlight, the world’s oldest continually inhabited city is a true city of wonder and a place that all should se. When I visited there were no street battles in the suburbs like there is now and even though Assad was still in power this was 3 years before the Arab spring would rise its head.

When the Arab Spring started in Tunisia and dominoed through the Arab world I was in Egypt. While I was there I was told by an Egyptian called Mohammed that Hosni Mubarak the President was ‘shitting on his people’. The trained archaeologist turned tour guide was sitting sipping a tea with me in the city of Aswan. While he sipped his tea with chubby fingers a large poster of the president with his dead eyes bore down from the train station. His eyes seemed to penetrate you.

In less than a week later this giant poster would be ripped down and burnt and I would be dodging tear gas in Cairo and trying to get safe passage out of a country imploding.

Syria in 2008 had bad feeling but not a public outcry. Or at least no one I spoke to would say anything about it to me.

The only guy who I chatted to openly about it was a dapper old man called Ahmed who lived in Aleppo. He was resplendent in jumper, shirt and tie and wire brimmed glasses. His manner was smiling and calm with a little voice that projected real warmth. We chatted and he said how Assad the current president who took over from his father was never really intended for the role.

Indeed Assad was a London trained eye doctor and it was his brother who was intended to take over. Sadly his brother died. Syria at the time was littered with large posters of his brother, a fighter pilot in typical top gun poses.

Aleppo is a place that has suffered real hardship and seen some incredibly intense fighting. I look on helpless at the news channels as they broadcast blood, tears and tragedy. I see streets I once walked down turned to rubble and the citadel in the background as men carrying rocket launchers scurry from rubble pile to rubble pile.

Trucks with mounted machine guns on the back rattle around the street and reporters try and look composed in flak jackets and duck at the sound of explosions.

I was there, I saw that place when it was free, fun, lively and full of smiles.

On entering the citadel a group of Syrian school children made us pose for photos with them. They wanted to speak to us and practice English and were a joy. They just wanted to talk and learn and then talk about football!

They were happy and smiling and I wonder where they all are and if they are all still alive. Terribly some may not be and it makes you realise how lucky you are to live in a peaceful country.

Damascus is a truly wonderful city and while news reports are broadcast live from outside the Umayyad Mosque you can hear the booms in the distance from the field artillery.

That very mosque was a place where I covered up and explored. I walked around in awe at the architecture and was made to feel very welcome. Now when you see people praying you think are they praying for peace more than they ever did.

Outside the mosque is the ruined temple of Jupiter which is the home to the Al-Hamidyah souq. A place where you could haggle with a smile and look on in bemusement at all the covered women and the displays of very revealing and spangled lingerie for sale.

Hama the city famous for its noiras (waterwheels) that feed the gardens from the Orontes River has in the past seen terrible atrocities and now is a place where government and rebel troops have heavily clashed in this civil war. I look back and wonder if those families that strolled by the river gazing up as the creaking wooden wheels bigger than a house slowly turned are still there. Are those families hiding, seeking shelter in ruins or are they in a campsite across the border.

I can think that for every town I passed through. Has the fighting reached Palmyra in the desert, the ancient ruined city that took my breath away so much. Are bullets flying in the colonnaded walkways where I once walked in the dust seeing the sunset.

Back then I remember roasting camel meat in the desert as two Bedouin’s slowly approached and then settled down to have sweet tea with us. Do those two young men in their robes now carry guns and hatred in their hearts?

I am privileged to have seen Syria. To have gazed up at the Saladin statue in Damascus, to have visited the Crak De Chevalier that ancient magnificent hill top crusader castle. To have spoken to the locals to have had a gin and tonic in the Baron hotel and seen Lawrence of Arabia’s unpaid framed bar bill and to have wandered the streets.

I drank El Shak beer and went to the world’s worst club that was so bad it was brilliant and all the while I loved it. Syria was and is and will be once again a gem in the Middle East.

One day I vow to return and one day I shall. Peace, intervention and an end must be on the horizon. But how far away does that horizon lead is a loaded question without an immediate answer!

Posted by Unknown at 16:23
Email ThisBlogThis!Share to TwitterShare to FacebookShare to Pinterest