A massive slong on the hillside 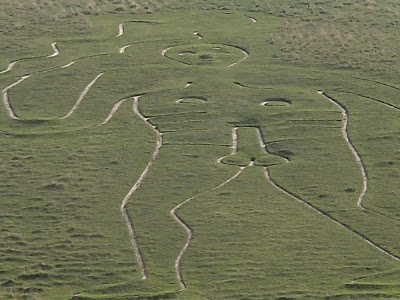 Penis jokes are silly, juvenile and puerile. You should have grown up by now. Stop sniggering at a picture daubed on a wall of a cock!

Well I am sorry I will never grow up and I will always giggle at a penis.

Especially when that said penis is massive and made in chalk for all to see on a hillside.

This is of course one of the three chalk figures in the UK. The others being the Uffington horse (Which I have seen) and the other being the Long man of Wilmington (which I have not yet seen).

Today I had the great fortune to drive to Cerne Abbas and see their giant.

Famous for his fabled fertility where couples copulate at night on his member.
But who is he really and why is he here.
To be honest no one actually knows and the first record of him in the parish records dates from 1694.

Many think he is Hercules and therefore thousands of years olf. Or is he even older then the Roman conquest of Britannia?
Others believe him to be an early form of political satire and that he is supposed to be Oliver Cromwell.

Scholars and academics and archaeologists will debate this for many years to come; in truth it does not matter as he looks brilliant on that hill top gazing down on you ever erect.

The Victorians sold postcards without his member present because they were a prudish bunch; while here in 2013 we all don't really care about nudity and gaze at his giant slong while the corners of our mouth curl into a smile. 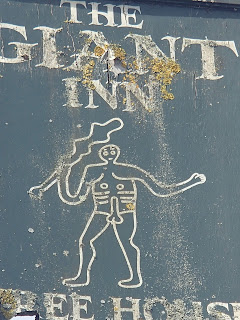 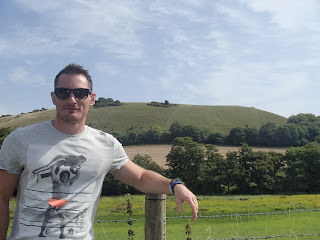 There will always be something silly about a penis. As I stood gazing at him a a police car pulled up and all the coppers got out to take photos of him on their phones. Four  in a car and each one giggled like a tickled child at the sight in front of them.
Kids gazed at him and not one of them asked their mumif that was his willy. Tthey all accepted it, unlike our Victorian ancestors.
There is a legend that the giant is actually the outline of a real giant who was buries in the hill. He was killed by the locals as he slept and forever lies within the hillside.
A nice story but it does not stop there. Apparently the giant also came from Denmark!
Last year his club was turned into an Olympic torch which I though was a cool touch.
So no matter how old he is or who made him and for what reason I hope he stays there forevermore looking out into the horizon club wielded and cock ready to erupt.
It s also free to visit him which is a bonus. 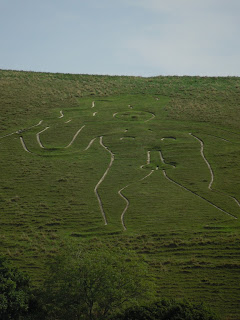 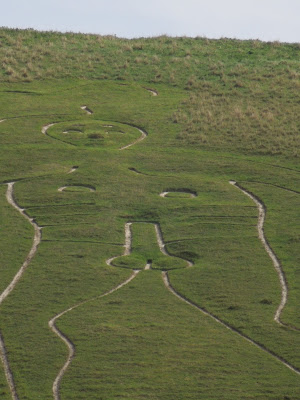 Posted by Unknown at 16:21
Email ThisBlogThis!Share to TwitterShare to FacebookShare to Pinterest