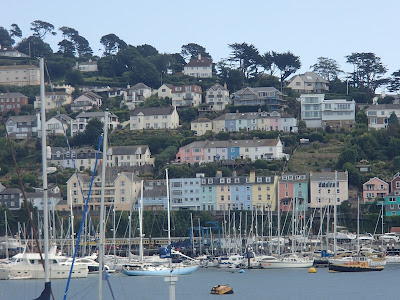 When you re-visit places you have not been since you were a child you can be forgiven having pangs of melancholia.
Something deep in your mind stirs and you think you recognise places, landscapes, buildings and roads.
Certain odd random objects jog your memory and make you think that you may in another life have been here.
That was the feeling I got when I visited the beautiful Devon town of Dartmouth on the River Dart.
I felt I had been here before as I gazed over the Dart estuary and saw a steam train puffing along towards the rows of multi-coloured picturesque houses that were reflected in the waters.
Plumes of smoke puffed into the air and that distinctive and pleasant sound of a steam engine chugging along filled my ears..
Just as the train disappeared behind an array of masts and houses a faint whistle sounded to give the authentic railway experience.
I stood looking out at the boats, their masts jingled in the light breeze and kids on holiday sat with their feet dangling over the water’s edge crabbing.
Every so often a child would pull up a large crab who was clamped onto a piece of bacon and then plop the crustacean carefully into a waiting bucket of water.
Simple things I thought and remembered doing the very same in my childhood.

But did I do it here I wondered?
I would not have remembered coming to Dartmouth as a child until I saw the steam train. Something in my mind then opened a dusty filing cabinet at the back of my memory and out popped a slither of reminiscence.
Picking up the phone I dialed my Mum to ask her and yes low and behold once when I was small with cut knees and probably picking my nose I sat on that very harbour side and dangled by crab line into the waters below.
When we went here last we arrived by steam train. My memories started to come back. ‘’Was it the Flying Scotsman?’’ I inquired. 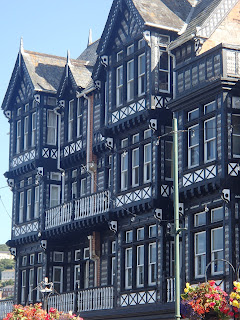 As it transpired it in fact was the famous steam train herself that had brought us into town in the early 1990s.
She was on some tour or something and we did not realise that we were aboard her until it was announced.
Gazing over the River Dart memories flooded back. Only vague snippets of recollection mind. Just signs, boats, buildings. But nothing concrete that I knew where to go in town.
Even if I did it would be a child’s recollections of where the ice cream shop was or where we bought a postcard to send to Nana.

We explored the town and then headed to Dartmouth castle and the beautiful little hidden gem of Salty Cove.

Salty Cove behind the castle and church is down a steep set of steps with a chain rail to grab onto. Once down it is worth every step.


A small bay welcomes you and the rhythmic sound of waves gently crashing against rock seems calming and relaxing.

All was quiet apart from the sounds of the waters and a few gulls noisily doing gull things.

I stood at the bottom of the man made steps and leaped onto a bolder out in the water.

The rock stuck out and would later be submerged but at this point it was an island and I was the only inhabitant.

I stood lost in though gazing at the water, the cliffs and the horizon.

Occasionally a boat in the distance would silently move almost ghost like along the water and past the castle.

Soon the peace was shattered by a family of Germans and their kids in Schalke shirts noisily throwing stones into the estuary and shouting Germanic things that sounded rather sinister.

Making my exit I climbed the steps up to the footpath and walked back to the castle.

Built in 1388 Darmouth Castle along with Kingswear Castle guard the entrance to the Dart Estuary.

It is next to St. Petroc's church and lived through a siege during the English civil war and was used in both world wars. Now it is owned by English Heritage and still looks out over the estuary like an old soldier who refuses to retire.

Leaving the castle and heading back into town I wandered the streets in search of a good fish and chip shop. After all there were 4 of us and we were in Devon by the river so why not.

As I chomped into some haddock I read a little information in one of the brochures on the counter side. It shocked me that  Dartmouth was in terms of population so small. It is ranked 28th out of all the towns in Devon with a total population of only 5,512 (2008 census).

What with the Royal Naval College in the town I thought it would be more. In truth this adds to the beauty of the place. The majority of people on the streets were visitors. Either for the day like ourselves or holiday makers staying in local hotels and caravan sites.

The sun was dipping below the yard arm and it was time to head back to where we were staying.

As I walked towards the car Dartmouth threw up one last surprise and one last pang of memory from my childhood.

We arrived on the other side of the estuary and caught the chain ferry across when I was a child. I remember arriving by train but not the ferry.

What I do remember was the Dartmouth engine. Now housed in a tourist office i the car park.

This machine was invented by Thomas Newcomen and was the first atmospheric engine invented. He was born in the town in 1663 and in 1712 he was the first to design and build a practical device to harness the power of steam.

Therefore  this beautiful estuary town can hold the birthplace of the industrial revolution.

As we drove away past the Naval college my childhood memories once again faded and were put back into a box in the far reaches of my cluttered mind.

Who knows when I shall see this town again. Devon after all is an appealing place and one where child hood memories come back to life. 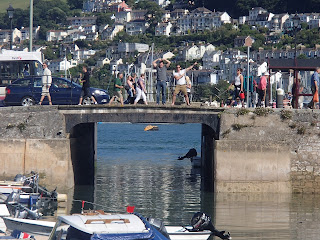 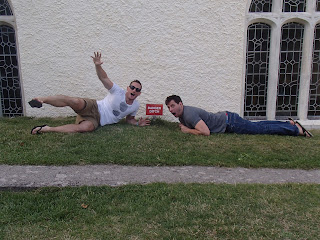 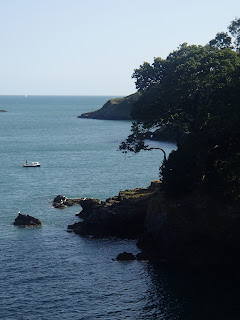 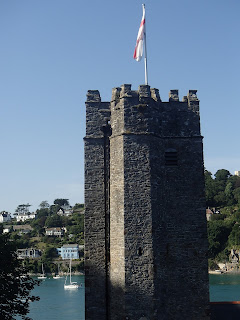 Posted by Unknown at 23:26
Email ThisBlogThis!Share to TwitterShare to FacebookShare to Pinterest