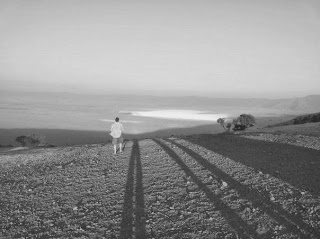 The sun was so fierce on my head that it felt like it was penetrating through my thick hair and boiling my scalp.

The air so dry that when you perspired it instantly evaporated.

What started as a bitterly cold morning was now 'Mad dogs and Englishman' time of day as the African sun smashed down onto the parched ground.

I held on for dear life; fingers white from gripping as I stood peering out of the roof of a safari jeep; as it hammered along the dirt tracks worn by countless explorers, tourists, hunters and wardens before us.

Clouds of dust filled the air and the breeze that buffeted my face was as warm as when you open an oven. 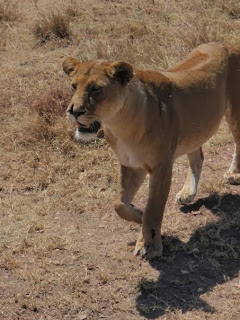 To my left were hundreds of wildebeest and to my right I could see the giant outline of distant elephants slowly, methodically plodding along. Every so often stopping to snap a branch off with their trunks and devour what ever greenery there was on it.

The wildebeest fascinated me. They seem so ungainly and as if they are still learning to walk like a calf would.

Our jeep startled them and they in unison all started to run away. As soon as they reached a distance that they deemed safe they came to a stop.

Not a normal stop but a ridiculous one where their front legs stop and their hind quarters try and over take them!
Somehow they managed to come to an awkward stop and remain on all four hooves.

Here I was in the world famous Serengeti national Park in Tanzania and I felt as though I was inside an Attenborough documentary. 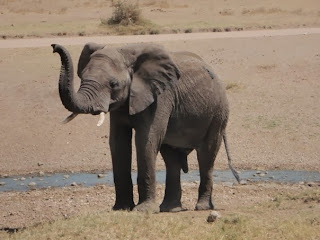 The wildlife was abundant and soon I would see every type of gazelle and antelope, buffalo, wild birds, warthogs and baboons.

Baboons sitting lazily in the shade their large red arses proudly pointing in our direction as they gingerly picked fleas from each other stared at them intently and then plopped them in their mouths.

They sat my the waters edge of a stream oblivious to the large crocodiles that basked warming their cold blood in the heat of the day.

I had arrived the day before and as our jeep drove away from civilization and into the wilderness where the landscape became more barren and wild I felt like I was on a true adventure. 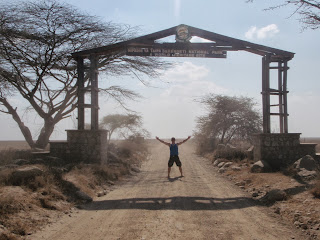 After hours of driving along dirt roads with no sign of any human habitation you enter the world famous park through a large gateway.

It seems odd that this gate was there. It seemed out of place, but it was nice to pass through it and know that you had finally entered the famous, fabled and much wrote about place.

I could not resist getting a cheeky photo underneath it with no one around for miles and miles.


Out of all the animals I saw including lions which roamed so close to our jeep that I could zoom in on them in my camera. 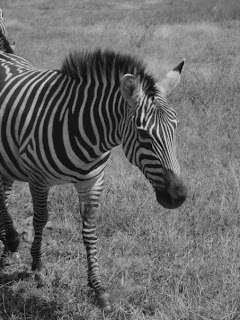 Seeing what has been known as the king of the jungle or king of the Savannah as it should be called up so close and personal was a pure delight.

A lion walks so royally, majestically and each paw seems to hesitate a tiny microsecond before touching the ground as if the lions is checking to see if the ground is worth of a paw print.

But out of all the animals I saw there is one that really stole my heart. One animals so abundant and so over looked that people ignore their beauty.

To me this animals is why I came on this trip back in 2009. This animal is one of the many reasons I am in love with Africa and keep coming back to see her.

This animal is the humble, but beautiful zebra.

To be honest I am not sure why I like them so much but they make me smile and seem so fantastically designed. Those stripes are just so good that you cannot draw or sketch them perfectly and believe me I have tried.

The noises they make are truly wonderful. How do you describe it. Its somewhat a hybrid sound of a dog yapping mixed with some electro tone. I just love it. 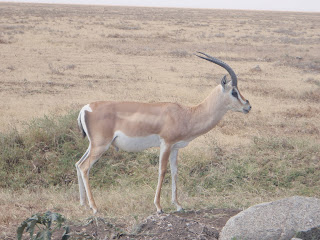 The grunts of the wildebeest and the roars of the lions combined with the trumpet of the mighty elephant can be heard aloud. But the zebra is quiet until startled and then that made up silly noise erupts and a smile creeps across my face.

I have been in Africa for long periods of my life but one thing I always wanted to see and experience was the Serengeti.

Now I was finally here and I was loving the experience. Seeing animals that normally people would see only on the TV.

That evening we camped in an open area that could have been ravaged by lions but wasn't likely to be. However what it was likely to encounter was roaming herds of warthogs and zebras.

I woke in my tent and needed to empty my bladder badly. Normally I would have a bottle in the tent to avoid running into a warthog that will take a nice chunk out of your calf with its tusks. Sadly the bottle I had was full of water and I didn't want to waste it.

I opened the zip and wandered a small way from the tent. I had a torch in my hand and shone the beam through the thick black cold night.

The beam hit trees and bushes, the jeeps and other tents and then lit up in the eyes of several zebras looking confused back at me.

Bladder emptied it was back to sleep and a warm sleeping bag.

I woke in the morning after what I think was a wild pig snuffling into the side of the tent a few times and sending my head askew.

At this time of the morning the mist and dew is out, it is bitterly cold and you layer up.

Ii was cleaning my teeth outside when I heard some crashing. I looked up and a giant bull elephant had appeared in the camping ground.

He was about 100 yards away and happily munching away.

Some of the local Masai were sitting on their hunches in the bushes watching him. Had they been there all morning or night even? 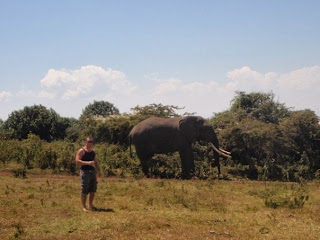 This was another opportunity too good to miss and I edged closer stupidly to the elephant. The resulting photo was a classic but the guide and the Masai seemed a little peeved at me that I had done that.

As the day grew longer the heat rose and soon it was incredible.

With the sun beating down it was another chance to explore and see the animal magic that was waking for the day or in the case of the lions drifting off to sleep and panting heavily. 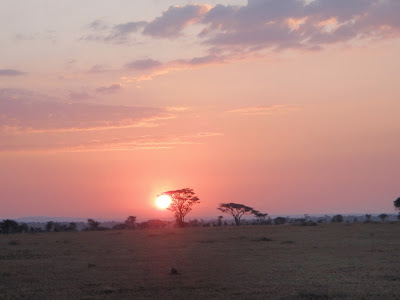 Posted by Unknown at 14:29
Email ThisBlogThis!Share to TwitterShare to FacebookShare to Pinterest