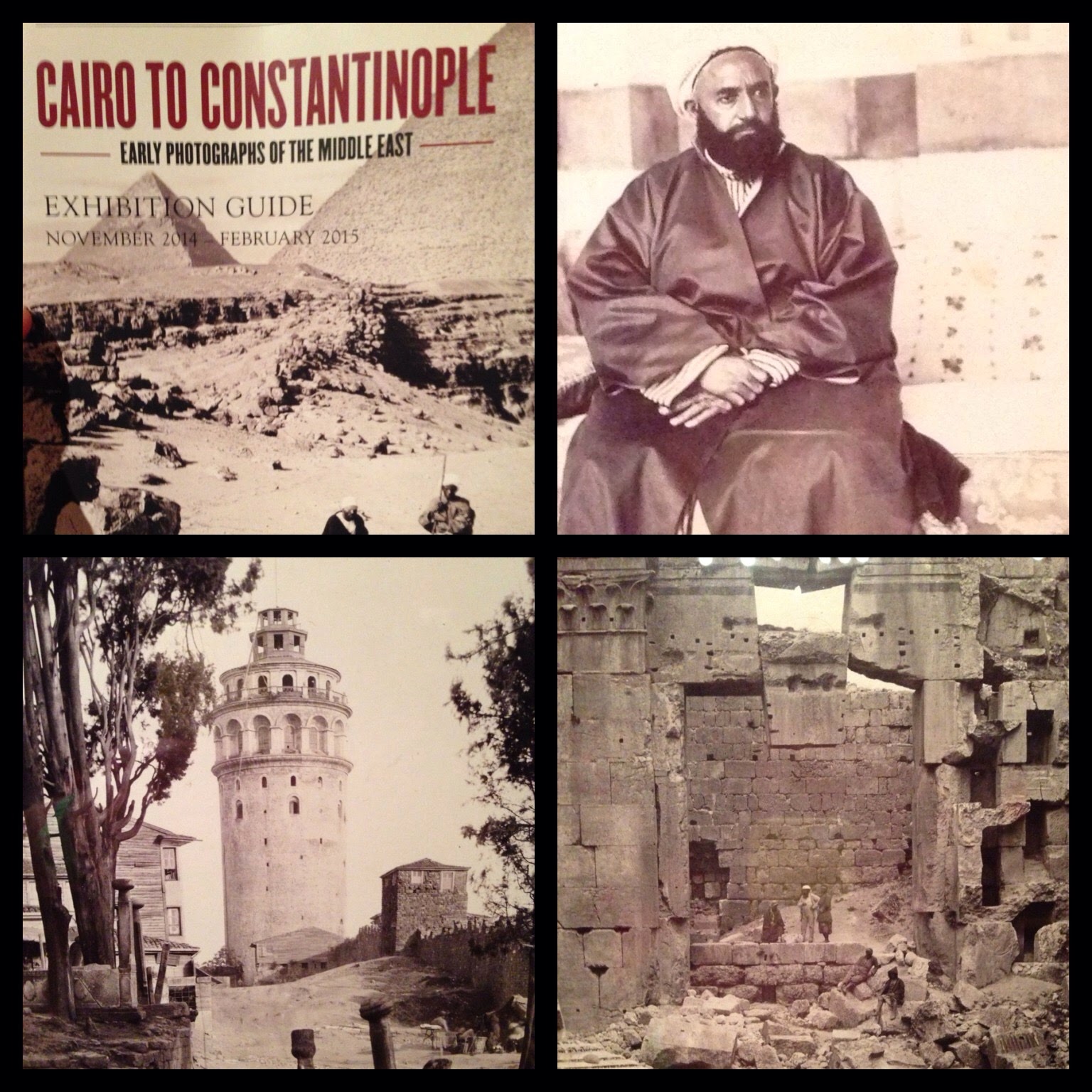 Recently I had the privilege of seeing an exhibition of photographs at the Queens Gallery in Buckingham Palace.

The exhibition titled ''Cairo to Constantinople' is a series of artifacts and photographs taken on the Royal visit to the Holy Lands and what is modern day Turkey, Syria, Israel, the Palestinian territories and Egypt.

What makes these photographs interesting is that it was the first royal tour to have an official photographer rather then an accompanying artist.

The tour in question was the 4 month long journey of the then Prince of Wales. Son of Queen Victoria and later to become King Edward VII.

This royal tour was accompanied by the photographer Francis Bedford (1815-94).

The tour in 1862 brought images home that many had only ever imagined or seen in paintings. 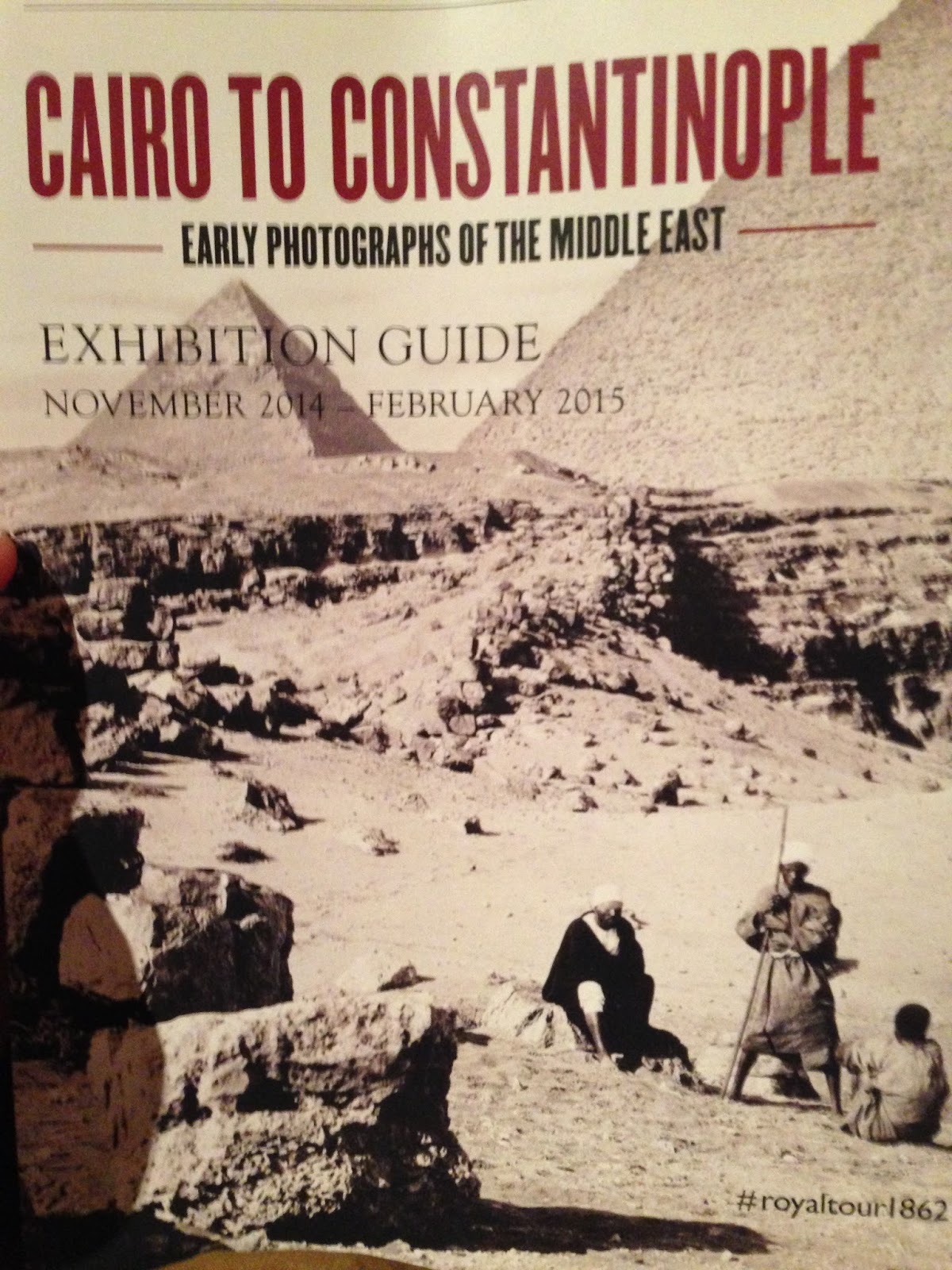 Victoria and her son were great admirers of photography and encouraged its use.

I could wax lyrical about the photographs Bedford took of exiled Rulers, foreign lands and beautiful desert landscapes. Instead I am going to compare two photographs I took of places that Bedford and the Prince visited.

Just by mere chance I was almost standing in the same place as Bedford must have been when he took one of the photos.


The first photo dates back to 2008. During this time my brother and I were travelling through the Middle East. We visited beautiful Syria in a more peaceful time, Jordan and finished in Egypt after crossing the Sinai peninsula.

While in the Syrian capital of Damascus we visited the Umayyad Mosque. The most holy of Islamic sights in all of Syria. The mosque was beautifully decorated with pearl inlay and it shone brightly in the midday hot sun.

I stood on the tiled smooth floor and it slightly burnt the soles of my feet after catching the suns warmth.

In 1893 a fire had ravaged the Mosque and the mosaics were restored to the state that what you see now soon afterwards.

This is how I found the mosque as I stood wearing a long skirt to cover up my bare knees which were in shorts.

Francis Bedford must have been sweltering in his hot Victorian suit and collar as he took the slow process photo. His photographs would have taken at least ten seconds to fully expose so if there were subjects in the pictures they ere usually posing for the camera.

My photo and his photo taken in 1862 before the mosaics were restored and replaced shows a more austere Mosque. But it is undeniably the same place and still beautiful.


I know people have visited places over the years and compared them to older photographs but I look at the world then and the world now and how they have changed. The equipment used to take the photographs and the attitudes of the people taking them.

Also the availability and easy accessibility to travel and see these places. Back in 1862 I would have never have stood a chance unless I would have somehow wrangled passage as one of the future King's entourage.


The second photo that I wanted to write about was one in the old capital of the former Ottoman Empire. What is now known as Istanbul was once called Constantinople.

The Galata Tower stand aloft looking out of the city and the Bosporus. The city that straddles Europe and Asia.

I visited in 2010 and climbed the tower to see the views back towards the famous Ayia Sophia and the Blue Mosque. I stood in the breeze looking both towards Europe and Asia.

The worn mud and dirt streets are now cobbled pavements and old school trams trundle by ringing their bells as they enter the more glamorous shopping area.

The Tower may be sitting in a new garden of technology and modernization but it somehow still manages to look refined and not out of place.

Instead the tower now dons a new roof which was added in 1875 after storms ripped off the old conical one. When you compare the two photos I am not sure what I prefer.

The Cairo to Constantinople exhibition is sadly over now. It finished on Sunday 22nd February 2015. But if it travels to another part of the UK or goes on show again in London I wholeheartedly advise you to go.

The Middle East is a beautiful complex land. But through the eyes of a ancient camera it manages to look even more magical.

Posted by Unknown at 07:32
Email ThisBlogThis!Share to TwitterShare to FacebookShare to Pinterest