A division of Concrete 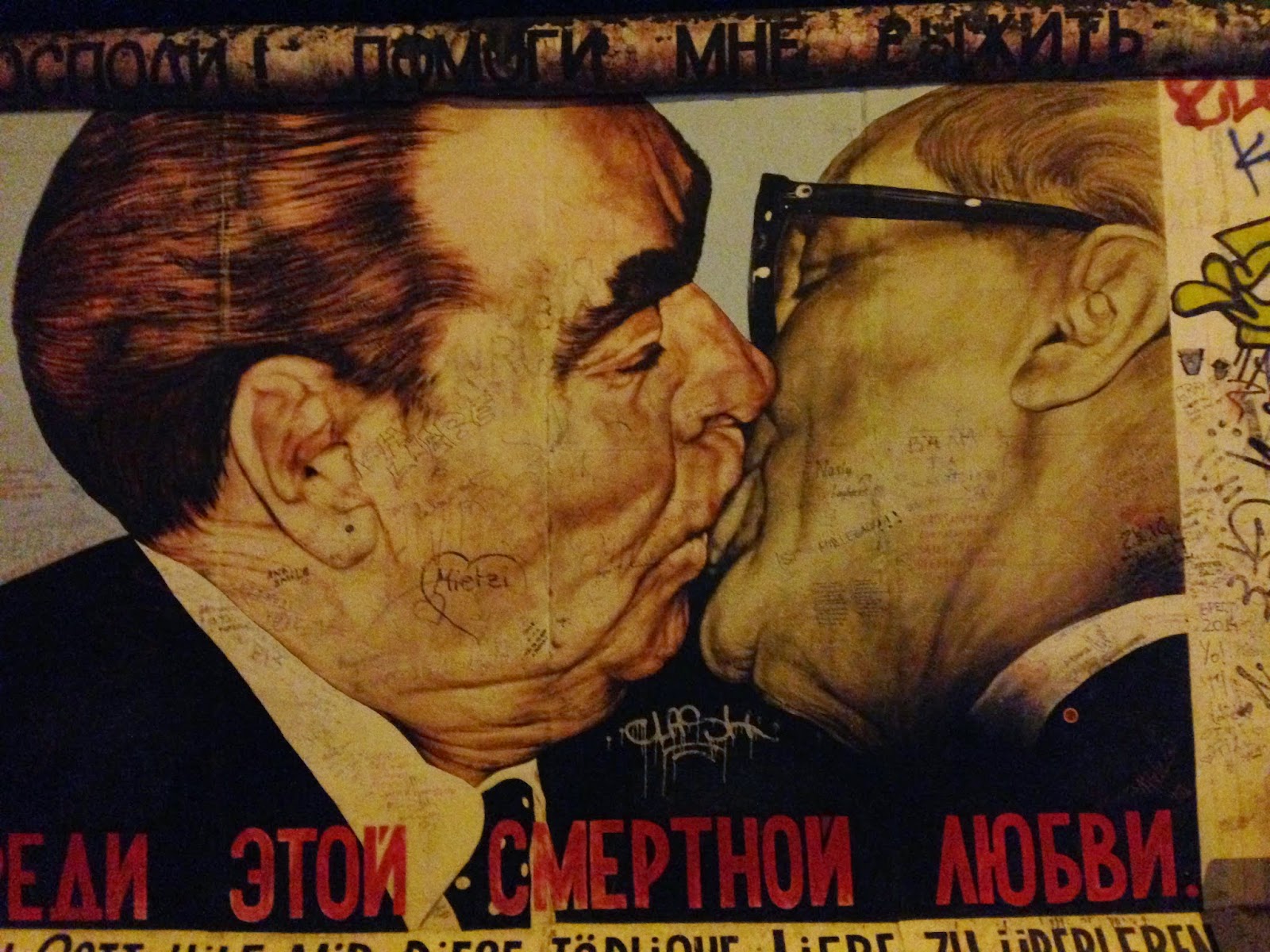 Berlin, a vibrant, happening  city where it is currently the place to be seen.

However all this was once just a dream to many as they were divided against their will from friends, family and their own country.


The famous and infamous Berlin Wall may now be a tourist attraction embellished with famous street art or be in far flung reaches of the world propping up museum exhibits.

But in its day it was a tool of partition and separation. Not just political separation but a physical barrier that stopped people from crossing into the west and escaping a society that had the highest per capital secret police per head of population.

On the 13th August 1961 Berliners woke to find a barbed wire fence had been erected over night to stop them crossing over to the Western controlled part of Berlin.

After the fall of Nazi Germany, the country had been divided into sectors controlled by the victorious powers. East Germany the biggest sector was controlled by the Soviet Union while France, Great Britain and the United States controlled the three other sectors. Of course Berlin being the capital and the key to power was also divided between the four nations.

The Western sectors along with the rest of Germany under British, French or America administration became the country that would become West Germany. Modern day Germany after reunification is basically a continuation of West Germany.

What started as barbed wire soon became a concrete wall. Then with each successful escape to the west the walls security would be increased.

Not only did Berlin have the wall but the entire of East Germany was walled in. Effectively making its population prisoners within.

This was because the German Democratic Republic wanted to stop the out flowing of young people and skilled professionals and academics and the like to the west.

Every time a successful escape was made the walls defenses were upgraded. This soon came to include the 'Death strip' where escapees would be shot, snarling dogs on chains, land mines, watch towers, barbed wire and of course patrolling soldiers would also be present.

For many the west was only 500 feet away but in terms of escape it was a million miles away and too far for any hope of a successful escape.

Many tales of ingenious escapes have been told.

Converting a surfboard to contain a person, replacing the area where a fuel tank would be with a person. Home made hot air balloons, wind surfing to Denmark and even making a zip line between buildings from East to West were all either successful or narrow failures.

Making an escape was a risky business. If you were caught you would either be shot or imprisoned and your entire family would suffer whether you escaped or not.

Being born in the 1980s I am just too young to remember the day the wall came down in 1989. I do however learning about it in school and always wanting to see it.

Wanting to see for myself how concrete could split families in two. Take brides from grooms and be at the forefront of the Cold War.

When my chance came to go to Berlin I umped at it. an hour and a half from London later and I was in the city. A city formerly rubble and ruins after the war but now one giant historical playground.

As you walk around Berlin you will come across markers on the ground that show where the wall once stood.You realize that in some places the wall went down the middle of the street and cut neighbors off.

Checkpoint Charlie is just a poor and dodgy tourist trap where actors dress in period costume and pose for photographs but if you move away from that area you get to see two sections of the wall that are preserved.

The first and most famous has to be the East Side gallery by the River Spree. This long section of wall is now home to some of the most famous street art pieces in Berlin and also the world. The famous Kiss between Honecker and Brezhnev is one fine example and in 2009 these original pieces were restored by the artists.

You can visit here free of charge and wander taking photos or basking in the politically motivated art. Every so often you can pop into a dark for a refreshing German beer or warm up with a coffee or coffee by the river.


The wall may have come down in 1989 ending the cold war and also creating a reunification and fall of the Soviet Union but the art work is still as poignant as it was when the paint wasn't even dry.

Bernaustrasse is another famous section that still has a preserved watch tower and cleared area of the death strip.

A church was once located in the death strip was was destroyed and now there stands a small chapel in its place with the twisted iron cross that once stood on the spire outside on display.

This area is open and as you walk along you can read what happened here and all about failed escapes.

Sections of vehicle traps have been dug up and are on display and you can now wander the graveyard of the demolished church that was once an area out of bounds.

Its strange to think that this was in my life time. For 28 years this wall divided a people.


It was in my life time that the wall came down. The famous and infamous potential flashpoint that could have ignited world war 3.

When you come face to face with it and run your hand over the concrete you cannot imagine the hurt that this has caused.

Germany and Berlin in particular should be commended for showing their history to the world however unproud of it they may be they make sure you learn from these historical mistakes and that you understand that it must never happen again.

Somehow the mocking art work seems fitting on something that is crumbling and cost billions to maintain and almost bankrupted East Germany. It mocks the fact that the human spirit cannot be contained and everyone want to be free.

Posted by Unknown at 06:44
Email ThisBlogThis!Share to TwitterShare to FacebookShare to Pinterest