Recently Koh Tao has been in the news for all the wrong reasons.
The brutal murder of the two young British backpackers shocked the world and sent repercussions through the Thai Tourist industry.
This idyllic island known affectionately as Turtle Island should be famous for relaxing, beach parties and scuba diving. Not what has happened recently?
It is a terrible state of affairs and one where many suspects and theories and accusations have been thrown about. What we must remember is that two young people lost their lives on an adventure. This makes it more sad and poignant.
Koh Tao lies not far from her two larger sisters; the party island of Koh Phangan famous for her full moon parties and Koh Samui with its palm tree lined airport.

The first time I visited Thailand I went to her two bigger sister islands, sadly way back in 2007 I missed out on the little gem.
Then in 2009 I went back with friends and we hit that island hard. We had a brilliant time and stayed in a fantastic little bungalow on the beach.

The sea breeze rattled the windows and the rickety fan overhead jigged about at all angles.
We sat on the beach looking at the sun set sipping cool chang beers and occasionally patting a stray dog that would wander up. 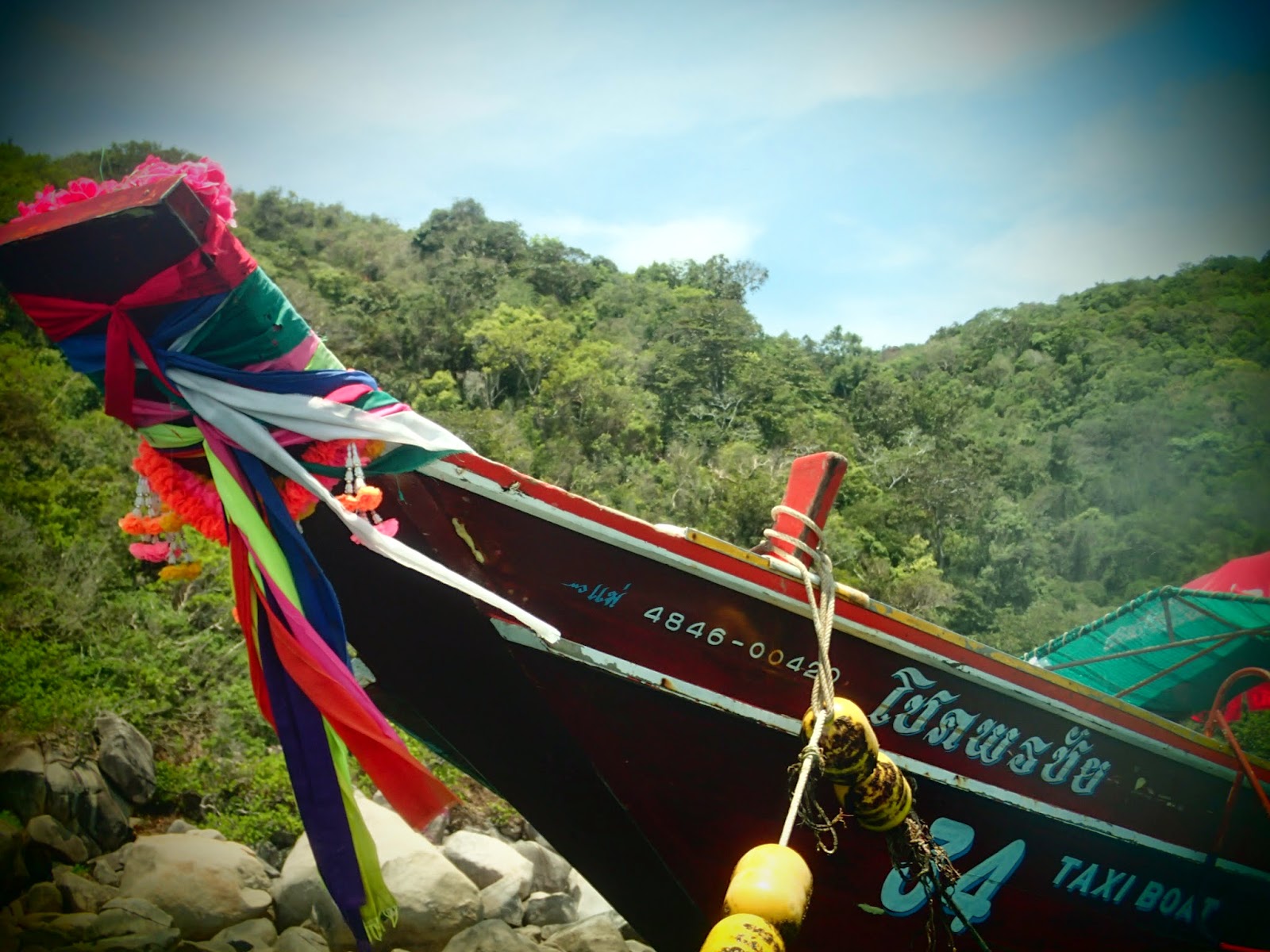 The locals were fun and friendly and the other backpackers fantastic to be around.

Long tail boast bobbed on the sea and the rectangular famous palm trees twinkles with the lights from the lotus bar.

It was a place I swore to go back to. Koh Tao tourist site

Fast forward to 2014.
I was a little older, a little greyer but certainly not wiser and  I found myself standing on Sairee beach. Looking down at the giant bungalows, swimming pools, scuba centres and hotels and resorts.
Where was the Koh Tao that I had left behind? Where were the little bungalows that we once stayed? If it hadn’t been for the palm trees of such striking rectangular fame I wouldn’t have realised where I was. I stood with the cool se lapping at my feet looking at giant buildings that had somehow stolen the soul of this little Royal Thai Island.


Koh Tao was becoming like a lot of Thailand is sadly becoming. Fra too built up and commercial.
The spirit of backpacking still lived on however as the Lotus bar survives and still thrives.
People swim drunkenly out to the pontoon to have sex, drink, and vomit or go wild. Watching them while sipping what was possibly my 3rd Thai whiskey bucket I though how mild it was having just come from Koh Phangan.
Koh Phangan. A place I had experienced at the ages of 25, 27 and now 31. Each time it seems to have gotten wilder and more debauched.
Here on Sairee beach at 3am there was a younger more subtle crowd trying hard to have fun and be silly.
I looked on as the fire rope came out and then the flame throwers, spitting fire into the air.
By this time I thought to myself someone on Koh Phangan would have set themselves on fire. Not here though. Koh Tao is a little more laid back.
Koh Nang Yaun Island hasn’t changed at all. After getting a boat there and climbing to the top of the large rocks the view was exactly the same as it had been 5 years ago. At least this resort hadn’t changed much and still offered a relatively unspoilt view.
As I looked over to Koh Tao I saw that really the developments hadn’t touched the island. They were hugging the shore line and the few streets that ran behind them.
This island hadn’t changed as much as a little peninsula off the tip of Koh Phangan. In 2007 I went to Koh Ma island and there was a little bar that you could get an ice cold beer after walking along the causeway at low tide to get there.
I did that very walk not only a few days before and the island was a ruin. The bar was collapsed, the roof caved in. Debris strewn all over the grasses and the once nice benches were smashed and wrecked. What had happened here? Even the little bungalows had fallen in to disrepair and ruin.
With the commercialism and developments on Koh Tao there was one such new arrival that I could not resist.
While there I partook in one of my favourite past times.
Crossfit.
Forging elite fitness in paradise is Koh Tao Crossfit’s tag line and I joined them for the hottest WOD I had ever done.
When I left oh Tao for the second time on board the Lomprayah;  I gazed as she grew smaller and smaller.
When would I next see her I though? When will I return to this land of smiles.
I didn’t think nest time I would hear about her would be a tragic story on the news.


Posted by Unknown at 14:46
Email ThisBlogThis!Share to TwitterShare to FacebookShare to Pinterest