Up on the lake 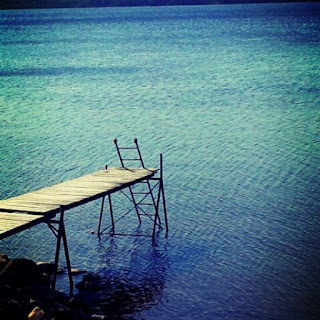 When I look at a map of Europe one massive glaring thing jumps out at me.


My eyes burn into the map and all I can see is a giant hole where Scandinavia is.


Why have I never been to Sweden, Norway or Finland my mind asks?


Years ago in Africa I met a Swedish bloke and we became good mates. We have kept in touch and he even stayed at mine when he came over in 2008.


Out of the blue he emailed me and to paraphrase said 'Ben, the time has come for you to visit Sweden'.

Ten minutes later and a look at my work rota I was on the internet and had a Norwegian air flight booked to Stockholm and then a connecting flight to the Northern city of Umea where he lives.


Finally I would get to visit one of the countries which I have always dreamed of seeing.

Sweden in June, in the sun, by the fjords here I come.


After speed walking from terminal 5 to terminal 4 in Arlanda airport I was seated in an almost empty jet that shot the short distance up towards the Gulf of Bothnia and landed in Umea in about an hour.

I wandered out of the tiny airport and there was Henrik beaming and standing there in a Union Jack t shirt.

Ironically after a day of exploring the town and visiting Tarftea by the sea on the fjords we ended up in the liveliest bar in town. The night was still bright even though it was past 1am as we stepped into the Bishops arms English pub. Normally I would avoid English pubs while overseas unless the rugby is being showed but I am 100% sure I was the only Brit in there. Maybe the only Brit in town as when people heard us speaking English they made a b line for us to chat.


'Why are you here?Nno one comes to Umea' one bearded blonde Swede said to me at the bar.

The first day was spent drinking, shopping for cheaper drinks in the super market and exploring. We also feasted on Moose heart, moose steaks and dried reindeer. A true Swedish smorgasbord of delights!

The walk back to Tomtebo where he lives at silly o clock in the morning was more like an early evening stroll in the twilight rather than a drunken stumble.

Being in light at that hour is slightly eerie. I had done it once before in Iceland but here in the middle of the town there was something post-apocalyptic about the light and the stillness.

The next day we woke early and went and did the most strange of Swedish traditions. The cow release!


Today was the national Swedish day. They didn’t however have flags galore and parades and music. Instead they went to see the cows released into the paddocks and fields after a long hard cold winter of being cooped up inside.

They run out and leap in the air, back legs flying around to the delight of the crowd.


We were there maybe an hour before we left out of boredom. There however was one strange thing about the event. It was held on a farm in Red Creek (Roback) and inside one barn and then on the makeshift trailer stage a man spoke to the crowd about all the murders throughout modern history that were committed in the town.


He even was selling for about £6 a pop thesis’s on the subjects.


How odd that he stood up and on a microphone spoke (in Swedish) about child killers and wife murders while kids were running around in their Swedish flag t shirts drinking the free milk handed out and posing with a man dressed as a cow called Norris!


Off to the lake


Henrik and I along with his misses Sandra drove to Tarftea which lies on a fjord in the Gulf of Bothnia. This stretch of water is the far north of the Baltic Sea and is the water gap between Sweden and her Finnish neighbours. 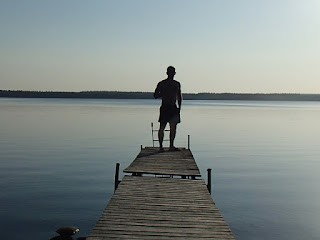 The sun was shining and the water reflected her rays. The scene was idyllic as Henrik and I took out the canoe and paddled out to sea into the fjord with a couple of cold beers to hand.


It was so peaceful and relaxed and just what I needed, an escape from everything.


Not even the fermented herring that they made me try could spoil this relaxing day.


Imagine putting dog turd in your mouth but it being slimier and greasier and out of a can. That is exactly what fermented herring must taste like as it was single handily the most disgusting thing that I have ever put into my mouth.


The smell lingers and seems to hang in the air attracting flies.


That evening we sat in the hot tub warmed by the large log burner sipping beers. We only left because we were being eaten alive by mosquitos and I now have over 100 bites on my body which I scratch like mad while sleeping.

The sun didn’t set over the fjord. It just got a little dinner and with the dimming light the day ended and so began my last day in the North of Sweden.

What do you do on your last day apart from explore the city and climb to the top of a hill to look out over the Umea forests? Well the answer to that question is you play disc golf.


Not Frisbee golf as I was corrected but disc golf.


It was actually a very fun game and you can play shirtless in the sun avoiding the holes in the woods because the mosquitos were out in force again.


It certainly should catch on in the UK because it was so much fun.


As we played missing puts and over shooting the discs we saw some people taking it far too seriously. They had special discs and a disc bag, not to mention an extra special disc wiper super-duper cloth! Every sport has the guys who have all the gear!
I didn’t want to leave Sweden. I had only been here for 3 days but loved the place and wanted to stay. The wonderful ikea show house that was there waterfront summer retreat, the weird Kalles kaviar they have in a tube for breakfast on toast and the fact that the Swedes love a beer and are rather friendly. All these facts made me want to move on and explore places like Stockholm, Malmo, Kalmar, Sundsvall and Gothenburg. Maybe one day I will return; hopefully?


Henrik dropped me off at the tiny shack that is Umea airport and we said our goodb
It is always great to make friends and even better to keep in touch with them after so many years.


We had been through a lot in Ghana back in 2005/06 and we still giggled about it as though it was yesterday.


Henrik and Sandra had shown me great hospitality and I was truly touched by the thought and effort that they had put into my visit.


As I stepped up into the aircraft I had that melancholy feeling of leaving a place. I always get that when I travel, the more I see the more I want to see and the longer I want to go for.
Sweden disappeared below me as the plane rose into the evening sun lit sky. The next time I would see darkness would be at Gatwick where I tried to remember where I had parked the car.


Till next time Sweden enjoy your Kalles Kaviar and moose meat.

Posted by Unknown at 07:00
Email ThisBlogThis!Share to TwitterShare to FacebookShare to Pinterest